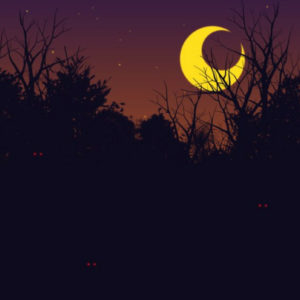 I remember the thrill of having to sleep with a posted guard. The ominous threat that something – some creature – might force its way into our cabin while we rested, and we’d have to spring into action to defend ourselves. It was exhilarating.

The idea behind 24-hour games is both fun and immersive. It makes you have to come up with strategies for the inevitable attack from those NPCs who don’t sleep at night because they usually work third shift jobs. Then you wake up the next morning attacked early by the NPCs who work first shift jobs. You’re tired and irritable, but you slog on. Complaining about how much you suffered during that particular weekend is what adventure is all about, right?

When you’re a community of friends who look out for each other, it is essential to think beyond gameplay. Aside from the fact sleep deprivation causes people to be moody, emotional, and quick-tempered, it also makes driving any distance potentially dangerous. Drowsy driving is nearly as dangerous as drunk driving making you drive like you have a .5 blood alcohol level when you’re awake for 18 hours straight. Keep in mind that .8 is legally intoxicated. A full night of no sleep is the equivalent of a .10 level.

We all want to have fun playing, but the risk of injury – potentially serious injury – is something all games should take into consideration. Myth has game shutdown times each night that gives players and cast at least 7 hours of uninterrupted sleep. We make no promises you’ll get to sleep longer than that once the game is on. Monsters have to eat, after all.

You are welcome to go into your cabin and put a glowstick above your bed to mark yourself as “out of the game.” This rule is perfect for people who need more than 7 hours of sleep for whatever reason. Maybe it is for your general health. Perhaps you’re at the game and don’t feel well. Rest if you need to. Safety first, so we all meet again at the next event.